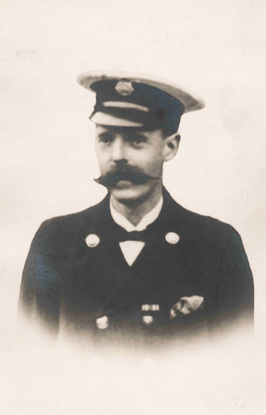 Francis Bull Cokayne was born in Middlesex, the son of George and Jane Cokayne. His mother Jane Cokayne had run a pub on Canterbury Street which was right next door to the family home.  The family had lived lived in Gillingham since Frances was nine. In 1900 Francis marred Caroline Deborah Gilkes and together they would have thirteen children. (note some of the articles state ten children but he had thirteen) The family had been residing  at 44 Canterbury Street for the twenty seven years prior to the tragedy. Frances was extreamly well liked by the residents of Gillingham. He was employed as a journeyman painter and a decorator. His youngest daughter at 89 still resides in Gillingham.

Francis was admitted to hospital at 10:35 pm the night of the fire suffering from burns to  his face, neck, forearms and chest. He died at 7pm on the following day from shock. Fireman Cokayne was known for his bravery and courage. He was not trapped in the structure when it started to burn. Without a single thought to himself rushed inside to try and save the others. Francis was seen jumping from the burning structure with a young boy under each arm. His body was identified by his son Francis Henry Cokayne.

Francis's coffin was carried to the cemetery on a fire engine. The procession would have started just around the corner from his home on Canterbury Street, passing right by his home on the way to the cemetery. Fireman Cokayne was 52 years old at the time of his death. 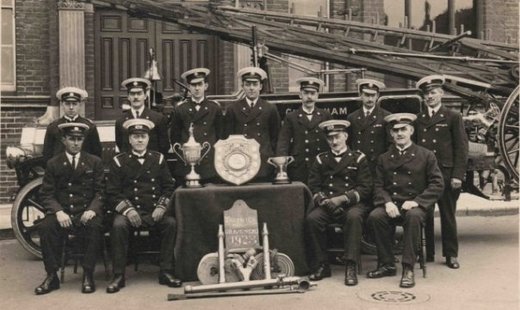 The Gillingham Fire Brigade 1924 with a trophy won at Gravesend in 1923. Fireman Francis Bull Cokayne is third from the right in the back row. This was a Christmas post card he sent to his brother Leonard Harwood Cokayne who was living in Cape Town. On the back of  the card is his handwritten note to his brother,  a poignant portrayal of his pride at being a fireman. 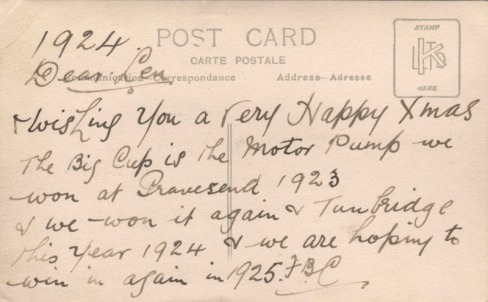 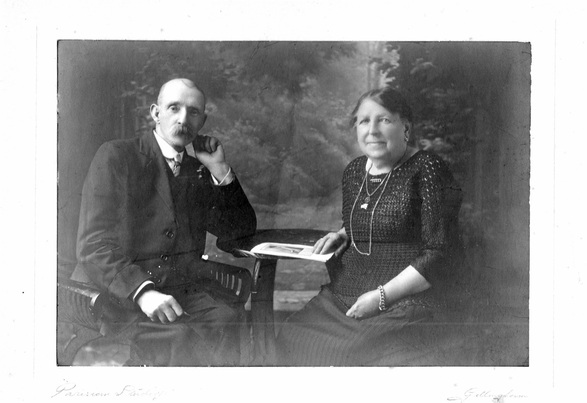 Left -  c1955 Four generations of Cockayne middle from left is Francis's widow Caroline and their daughter Jennie, at the back is their grandaughter Joan an in front is their great grandaughter Gillian. The right is a photo of Francis.

Fireman Cokayne is in the first row on the far left hand side. All three firemen who perished in this tragedy are in this photo, Fireman Tabrett, Fireman Cokayne and Fireman Nicholls. 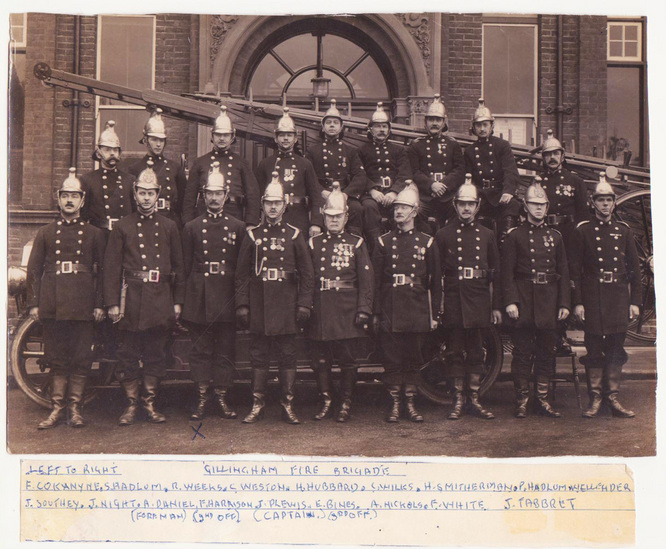 Excerpts from the Chatham, Rochester and Gillingham Observer
July 19, 1929 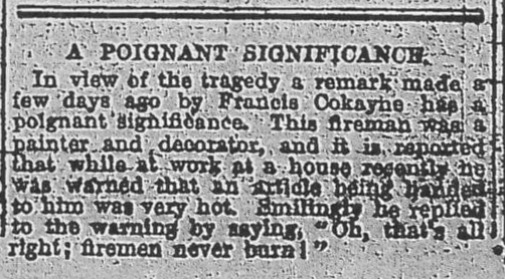 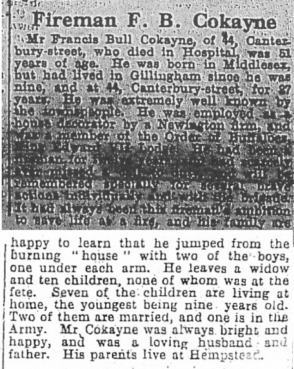 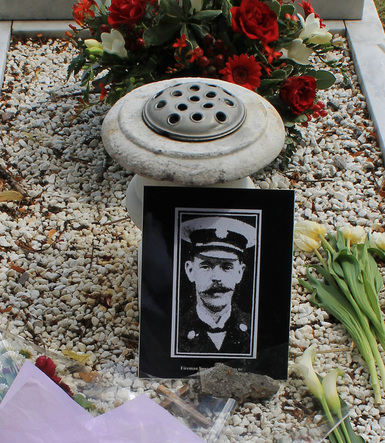 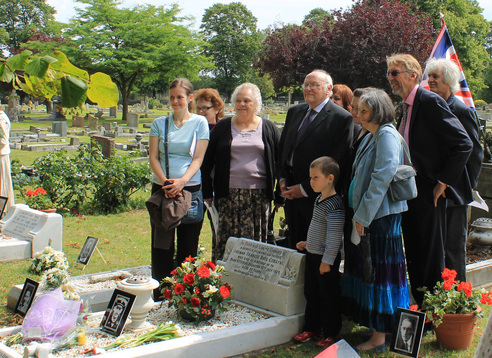 My grandfather, Francis Bull Cokayne was, by all accounts, a popular family man well known in Gillingham as a painter and decorator and a skilled signwriter. His beautiful handpainted signs could still be seen on older shops and business in and around Gillingham until quite recently.

The loving father to ten children and three that died prematurely he lived with his family in Canterbery Street just a stone's throw from the fire station in Green Street where he was a volunteer fireman.

His youngest daughter May, now 90 years old, has lived in the family home the whole of her life. She is our onluy living link to the man we never knew and the tragic events of 82 years ago.

Mercifully May, her mother Caroline (known as Kitty) and brothers Stan and Ron decided not to attend the Gillingham Park Fete that year and so were spared being witness to the horrific fire that killed so many.

Despite the terrible death of their father, three sons, Frank, George and Ron all subsequestly followed in their father's footsteps and became part time firemen for many years.

We are proud to know that the man who died a hero that day trying to save the lives of others was our relative. Sadly a man none of us had the chance to meet.