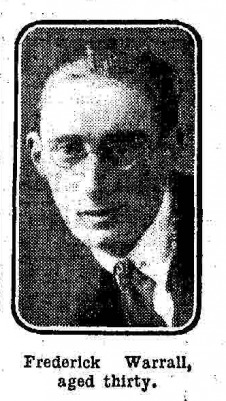 Olive married Valentine Reuben Middleton in July of 1947 in Chatham, Kent.  He was the son of Joseph Middleton and his wife Edith Sara Glover.  Sadly Valentine would pass away less then one year after their marriage - in April of 1948.

Frederick was educated at the Barnsole Road and the Technical Schools and at the time of his death he was an employee with the Gillingham Corporation.  Frederick was well known in the community where he frequently assisted at concerts and as m.c. at dances. His happy personality never failed to appeal to the crowds.

In 1919 Frederick married Frances Gladys Askham in Medway Kent. The couple would live at 4 Seaview Road and did not have children. Frederick was employed  as a motor driver with the Corporation.

Frederick was one of the chief actors in the drama playing the part of the "bride", a part he had played many times before. His wife Alice was in the crowd when it happened. It was Frederick's father 71 year old William Worrall that was given the difficult task of identification of his body. William was interviewed by the Daily Express regrading his son's death.  He was sat in his living room at the time, his two other children weeping by his side. "And this" said Mr. Worrall, "is the tragic end of the firemans bride.  My son had acted the part many times before but had always been alone on the building. Had he been alone this time I am certain he would have been saved.  The corporation often asked him to join the fire brigade as he was keenly interested in fire fighting. He was married but mercifully leaves no children.  Surely someone must be to blame for making this terrible thing possible."

In 1942 long after the death of her husband Frances would marry once again to Rowland Histed. She would pass away in 1983 at the age of 87. 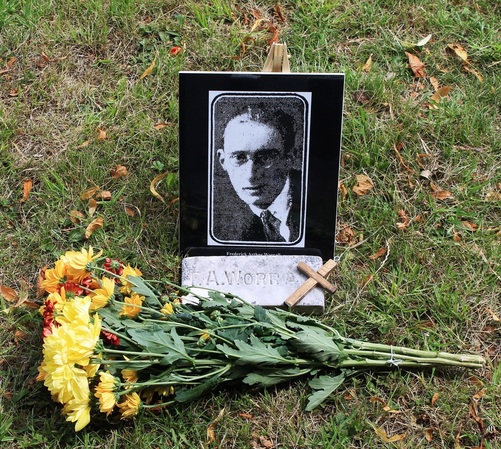