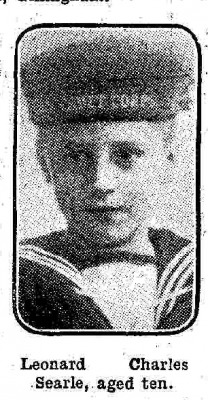 Leonard Charles Searles was the son of Charles Thomas Searles and his wife Olive Jane Tumber of 145 Canterbury Street.  Charles and Olive were married in June of 1910. Leonards siblings included Kathleen, Edith and Winifred.  Tragically, just six months prior to the death of Leonard, the family had lost six year old Winifred to diphtheria.

Leonard was a member of the Royal Navy Cadet Corps to which he had belonged since the age of eight.  He was looking forward to obtaining his three year service badge. He was born in Rainham and was a pupil of the Napier Road School. He also attended the Jubilee Chapel Sunday School.

Mrs. Searles was at the fete that night and had tried to persuade Leonard to go home as his father objected to him being out so late.  He begged to be allowed to say as he did not want to "let them down".  Mrs. Searles saw her son throw up his arms and die amid the flames. "I know he's gone, I know he's gone" were her cries. Mr. Searles had the heartbreaking task of identification of Leonards body, something he was only able to do through a piece of flannel found on the body.

Leonards body was carried on a gun carriage in the funeral procession.

There had been a kurb marker placed on Leonard's grave on August 23rd 1930 and chips added in May of 1940.  Now there is nothing left to mark the final resting spot of this little boy. Leonard was buried up by the front gates and chapel of the cemetery as he was buried with his sister Winifred who had died six months earlier. 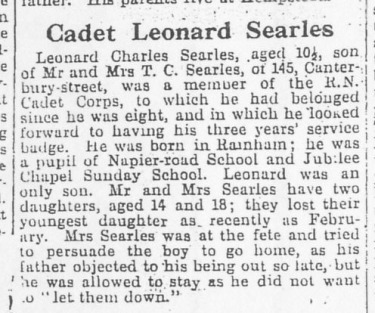 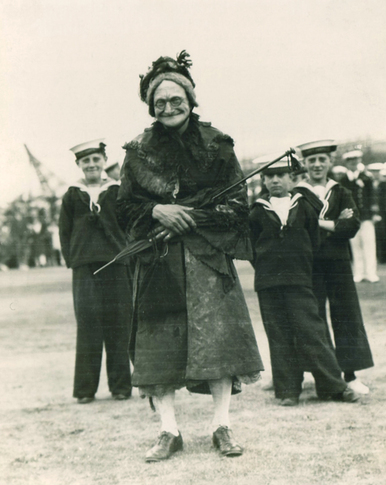 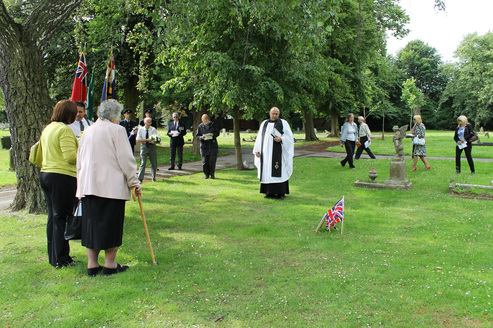 The flowers place on Leonard's grave by his family 10th July 2011 during the Woodland's Cemetery Commemoration service. Leonard was buried along with his seven year old sister Winifred who had died six months earlier. 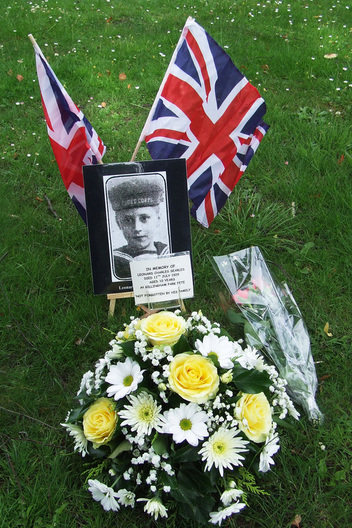