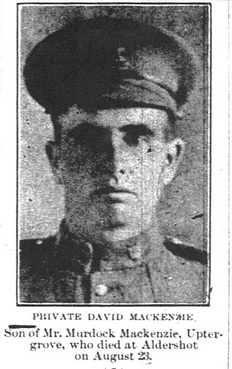 Casualty of the Great War David McKenzie was the son of Murdock McKenzie and his wife Margaret Calderwood. David was a Private with the Canadian Infantry, Central Ontario Regiment, 8th (Reserve) Bn. David had enlisted in March of 1918 and at that time he was listed as single with no dependents. His father Murdock was given as his next of kin. June 16, after a short training in Canada, David was sent to Aldershot where two days later he was taken ill with Spinal Meningitis. He died shortly after. His brother Pvt Charles MacKenzie had arrived in England shortly before David's death and would be present at his funeral.

David and his brother Charles had been joint owners of their grandfather Peter Calderwood's farm. Charles also died after contracting TB in the trenches in WW1. Charles did return home before his death but was in England at the time of his brother`s death and did attend his funeral. Charles himself had been married on May 25 1918 but was unable to have children after his return from the war. He died in Canada. 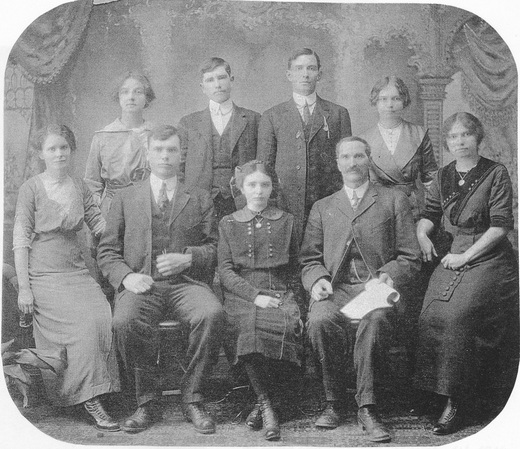 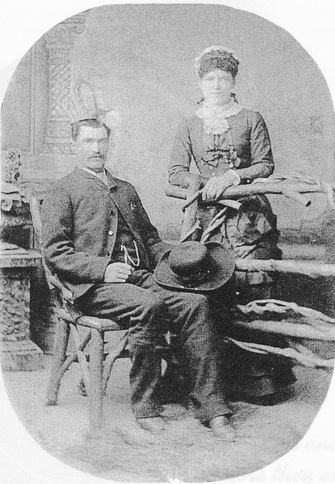 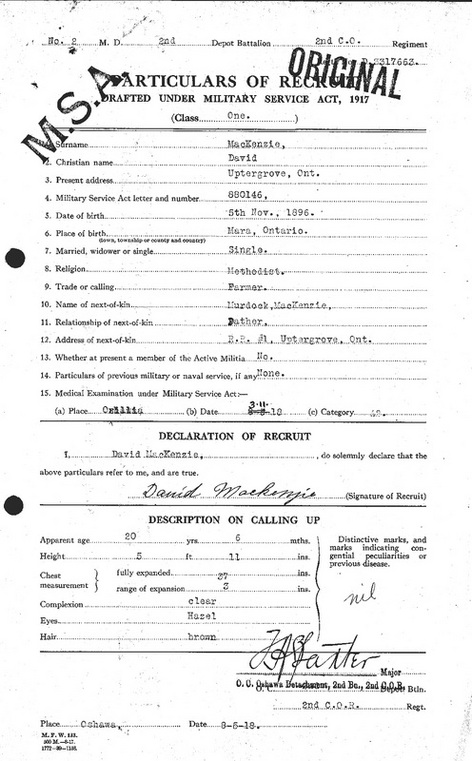 The gates of the Fairvalley Methodist Cemetery were commissioned by Pearl Vosberg (nee McKenzie), sister of David's 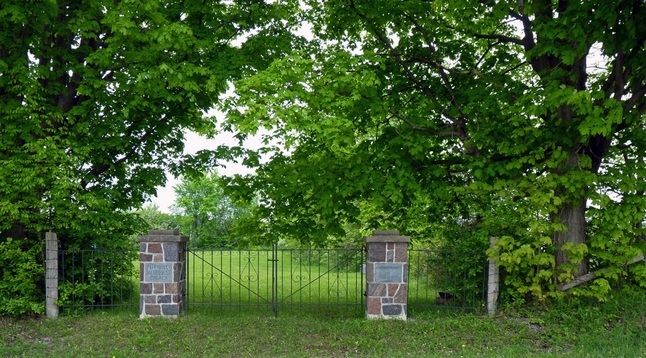 David is the Great Uncle of Lori Oschefski, creator of this web site