"Now that those poor scorched remains lie resting side by side in the peaceful cemetery at Woodlands, in graves which will be lovingly tended and revered so long as this generation exists, what is our duty?"
Chatham, Rochester and Gillingham Observer July 19th, 1929 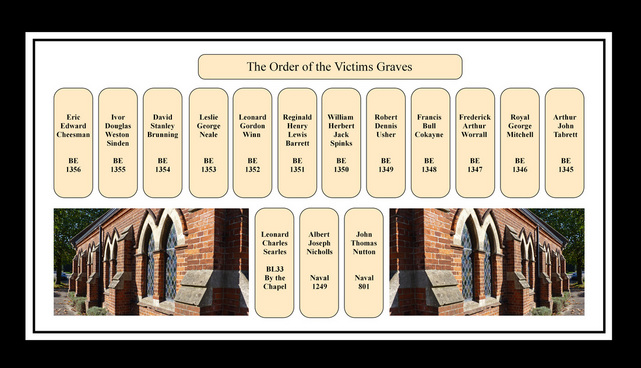 The order in which the victims rest in the cemetery referenced by the plot numbers
Twelve, show at the top are in a row, the lower three shown are buried else where in the cemetery
The graves of these heroic and selfless people, laid to rest in such grandeur -  with firemen acting as their pallbearers,  had been sadly forgotten and neglected over the years.  They have been allowed to deteriorate to the point that very little or nothing remained of many of the graves. Some of the remnants of these graves rest on the wrong graves. The remnants of the marker of Leslie George Neale wrongfully lays on the grave of Reginald Barrett. Only a single urn is left of Ivor Sinden's marker, with only his first name there. On the grave of Robert Usher wrongfully lies the small remnant of the marker of Frederick Worrall, leaving Frederick's grave unmarked.  The Kerb marker  placed for Leonard Winn in 1930 has been cleared away due to the poor condition it had deteriorated to. We suspect that was the case for many of the now unmarked graves. There is no  memorial in place in the cemetery or currently in Gillingham Park where this happened so that all these lives and this event can be honored and remembered. Family members who have come to Gillingham to visit these graves have been unable to find them. There once stood  a lectern at the Gillingham Boys Grammar School which had a plaque on the front inscribed with the names of the children from that school who had perished. I was able to contact a lady who knew the former head master (he' s 84 now). He retired in 1988 but he says that the lectern was taken to the Howard School with the Grammar School closed and that it was stored under the stage in the assembly hall. In 1990 there was a fire there and that it was destroyed.

In March of 2010 we started a petition to the Medway Council which read:

To:  Medway Council We the undersigned petition Medway Council to repair the graves of the 15 men and boys who died in the Gillingham Park Fete Tragedy on 11 July 1929, particularly those which have fallen into serious disrepair and those that have not been marked correctly, or even not marked at all.

Furthermore, we petition Medway Council to erect a permanent memorial to commemorate the tragedy, not only in the memory of those six men and nine boys who perished, but also for those who witnessed the horror unfold before their eyes, and to ensure that this tragedy is never forgotten.

By fall time we had gathered 600 signatures in support of this. In the fall of 2010 Medway Council honoured this request and a promise made to the Kent on Sunday newspaper in July and refurbished of the existing graves. They had them professionally cleaned, polished, re-leveled and the sections reset. The graves look amazing now and should last for years to come. However, it is vital to note that six of these graves are beyond repair and these people are still unrecognized as even being in the cemetery as they rest in unmarked graves. I will continue to work towards some type of memorial plaque to be placed in the cemetery with all fifteen names listed in order in which they rest.

In November of 2010 Medway Council announced plans for a memorial to be placed in the Gillingham Park. They provided two proposed designs for this memorial and had asked for our feedback on them.  The design has been chosen and the memorial is expected to be erected in June of 2011. Sunday July 10th 2011, the eve of the tragedy's 82nd anniversary an official unveiling of this new memorial will take place. The day will begin at 10 am with a commemoration service in the Woodlands Cemetery by the vicar of the St. Augustine's Church. The official opening will be held in the Gillingham Park after the service in the cemetery.

DIRECTIONS TO THE GRAVES:
All but three victims are buried in line, almost, in section BE. One is found in section BL33. Two are found in the Naval plot on the right of the main, central path. Section BE is to the left of the central path and the Park Fete Fire Disaster graves are close to the path. The sections are now clearly marked- first of all, take the central path and note that the naval plot is on your right, but look left for the marker which says AA 759-1313 and drive down that path towards the railway line-you will be at the plot when you see another marker B.E. 1317 – 2352.

Simply put, follow down the center road directly in front of the chapel at the front gates. You'll come to a cross path. If you look to the right you will see the graves of the victims of the bus accident. Our graves are to the left, second row in and just a few down.

Please click on photo to view larger size. There is a link on the home page to show you what these graves look like as of October 2010. Below is a statement given to the Medway Messenger in October 2010 from City Council on the repair of the graves. 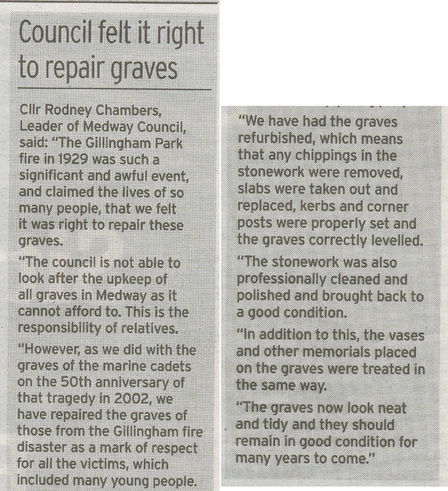 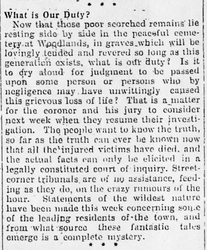 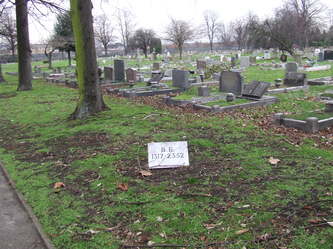 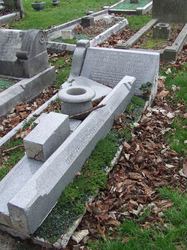 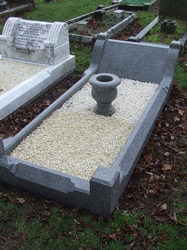 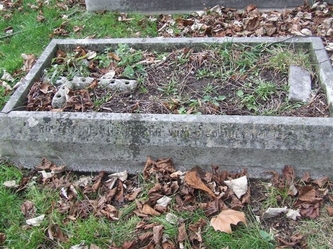 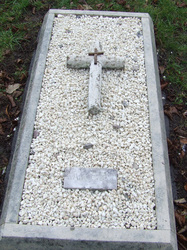 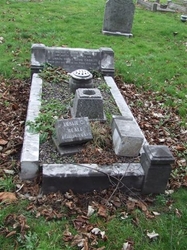 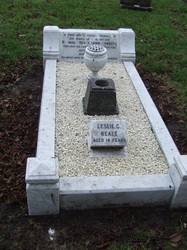 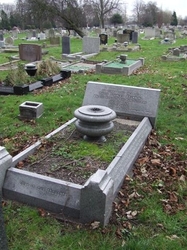 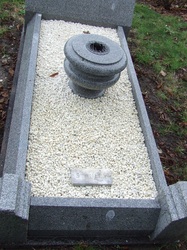 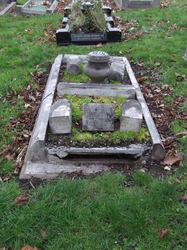 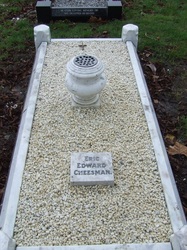 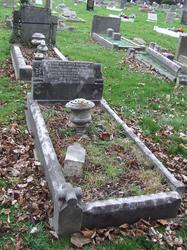 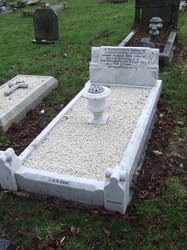 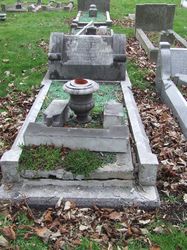 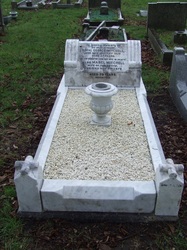 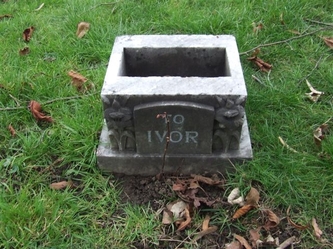 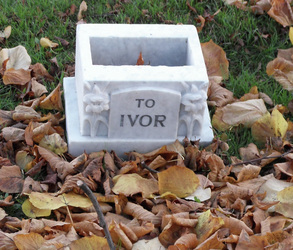 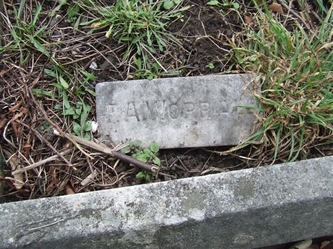 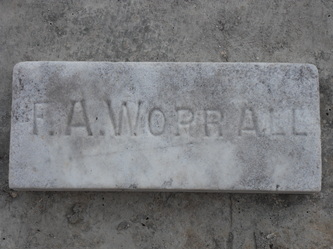 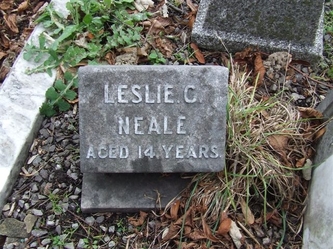 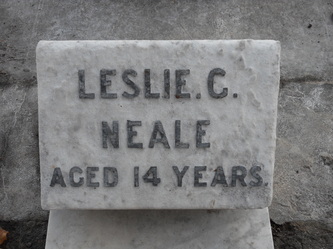 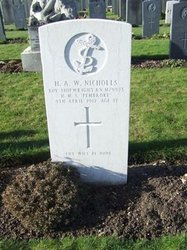 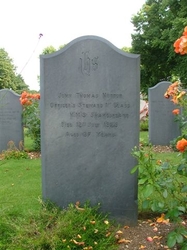 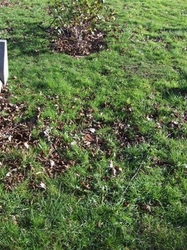 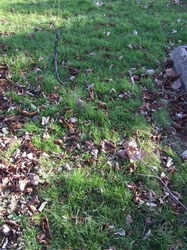 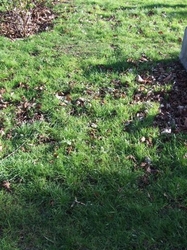 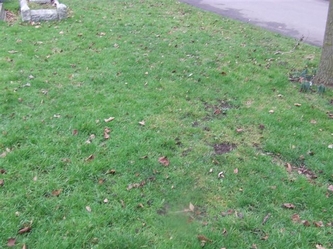