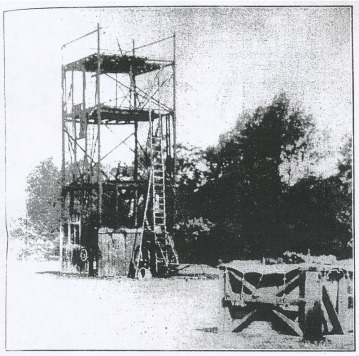 The inquest opened on Monday the 15th of July at the Gillingham Council Chamber and held by E. C. Harris, the County Coroner.  Among those present were Sir Robert Glower, M.P., The Mayor of Gillingham, Council members, The Town Clerk and Deupty Town Clerk, the Chief Officer of the Fire Brigade Mr. F. White, Police Inspectors H. Fowle and F. Sands and the superintendent of the Chatham and District St. John Ambulance Brigade Mr. W. Murray. There was a jury which consisted of nine people: A. Findley, H. G. Chalkin, W. Craske, H. Green, J. Davidson, R. Careless, E. Steele, W. Foster and H. Elford the foreman.  This day was dedicated to taking evidence of identification so that the burial orders could be issued. The inquest was to commence at 3pm.  Long before that time, however, a large crowd gathered in the streets leading to the Chamber.

Speaches of sympathy were made by many officials including the Mayor of Gillingham, Chief White, Lieut-Comdr J. Sissmore, officer in charge of the Royal Naval Cadet Corps and Sir Robert Glower.  It was noted in the speaches that the King and Queen had expressed their sympathy through a telegram which read:

"The King and Queen are shocked and distressed at the terrible disaster at Gillingham resulting in the loss of so many lives, the majority of them being boys full of promise. Their Majesties ask that you will be good enough to convey the expression of their warmest sympathy to the relatives of the sufferes"

The first witness to be called was William Arthur Worrall who had identified the body of his son.  Throughout the afternoon family members of the victims were called as witnesses for identification of their loved ones. In practically all cases they were only able to identify the bodies by charred pieces of clothing, some buttons or by burned fragments of articles from their pockets. One body was only identifiable by his dentures.

Fathers that had lost their sons smiled bravely as they recognized each other. Occasionally as one had completed the heartbreaking task of stating he had identified his son he would give an encouraging clasp of the hand to the next father that would give witness statements.

After a sitting of two hours, the inquest was adjourned until the following Tuesday.

The first witness to be called was Frederick White,Chief Officer of the Gillingham Fire Brigade. He was in charge of the demonstration that night.  He was the one in charge of the demonstation that night and the selection of the people that would be in the show.  The people taking part were to remain on the second floor. On each floor there were material for lighting a fire for display purposes.  There was a man stationed on the ground floor who was upon receving word that everyone was in place was to have gone to the second floor and lit the smoke fire to mimic a "fire". He was then to have made his way up to the top of the building, give an alarm which would signal the rescue. Chief White satisfied everything was in order left and was only mere steps away when he was told by his Lieutenant that the shavings that were placed on the ground floor were on fire.

He immediately enlisted help and attempted to bring the already raging fire under control.  He attempted to climb up the escape ladder but the charred rungs gave way. The second escape ladder was already burned beyond use. They continued to pour water on the fire and when a builders ladder was brought in Chief White was able to climb to the second floor where he saw several bodies. In his opinion they could have been rescued but the heat of the fire was too intense. Also he stated that the time that passed between when he first saw the shavings alight on the first floor to when they reached the second was 35 seconds and that there was no shortage of water at the fete for the demonstration.  Those that survived the fire were to pass away shortly after of shock from their extensive burns. Everyone inside the building should have been rescued before the structure was burned for real.

"We have come to the end of this very painful enquiry, and I don't propose to go in detail through the evidence, because a good deal of it would be quite unnecessary.  In the first place, the jury are perfectly familiar as to the nature of the demonstration which was being carried out.  It had been done on many occasions previously, and never before had there been any mishap.  This form of demonstration, I understand, is very popular, and one which is carried out all over the country and the most important result of that enquiry would be the possible prevention of any such fatality happening again. The jury have heard that the demonstration took place just about ten o'clock on the night of the 11th of July. Lieutenant Bines had told how the combustibles were placed in the building, and how he gave detailed duties to various firemen - all of whom unfortunately have since died - and finally, how he detailed Fireman Cokayne to light flares on the first, second and top floors and then report to him at the front door when the building was clear - that is, when those who had been taking part in the mock rescue should have got away from the building. Then, and not until then, were the shavings to be set alight and the whole building demolished. Well, that is what should have happened. If that had happened, we should not be here today.  I am perfectly sure that those orders were not carried out, and the question is, why were they miscarried?"

After retiring for about three quarters of an hour the jury returned with a verdict of "misadventure".  They were of the opinion that the fire was started from the premature lighting of a fire on the ground floor by persons unknown.  There was not sufficient evidence to show who lit that fire.

"Death from misadventure, due to shock from burns received while taking part in a fire brigade life-saving demonstration, due to a fire being prematurely started by a person or persons unknown." They also decied that human lives should never again be put at risk in demonstrations of this nature.

No demonstrations involving the Fire Brigade were staged at the annual Gillingham fete again.

Referenced from the booklet: "The Fireman's Wedding Tragedy". John Langdon 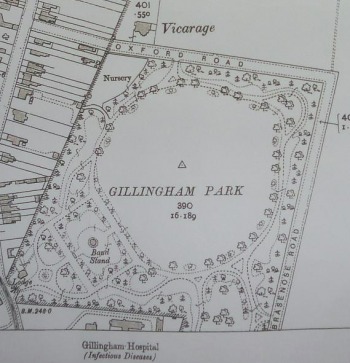 The Chatham News on July 19th 1929 reported that "This year the building had been erected along traditional lines, at the corner of the park near Oxford Road".