Pvt Percy Reginald Spinks was the son of Charles William Spinks and his wife Ellen.  He was one of many siblings including Herbert Cecil Spinks, the father of William Herbert Jack Spinks. As both his parents predeceased him Herbert was listed on his war records as his next of kin.

British War Medal
The British War Medal 1914-1920, authorised in 1919, was awarded to eligible service personnel and civilians. Qualification for the award varied slightly according to service. The basic requirement for army personnel and civilians was that they either entered a theatre of war, or rendered approved service overseas between 5 August 1914 and 11 November 1918. Service in Russia in 1919 and 1920 also qualified for the award.

Victory Medal
The Victory Medal 1914-1919 was also authorised in 1919 and was awarded to all eligible personnel who served on the establishment of a unit in an operational theatre. 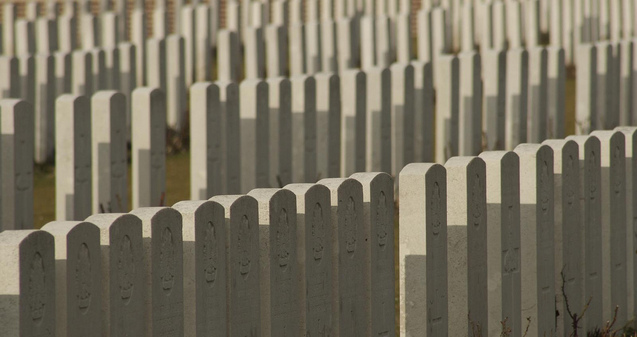 Photo of the Dartmoor Cemetery, Becordel-Becourt by Tom Parnell
Titled "Row upon row upon row..."